They say content is king, but for me the content-makers are king 🙂

Congratulations to Christopher Matthew Spencer on his growing library of Salesforce content on the LinkedIn Learning site, with more to come soon. His recently published titles include – 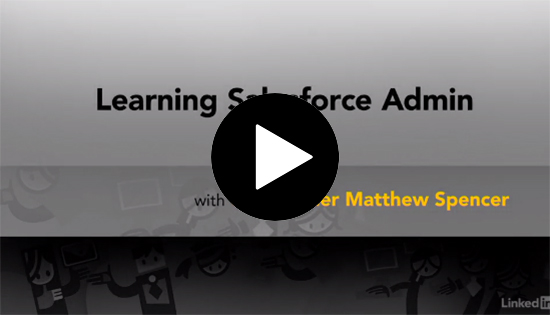 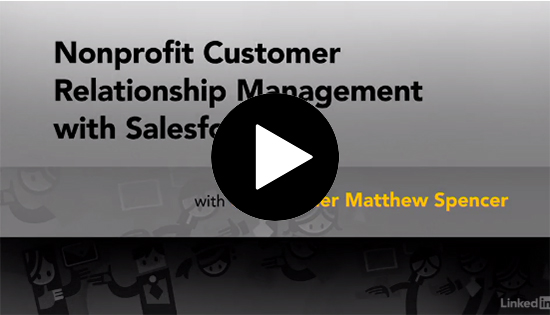 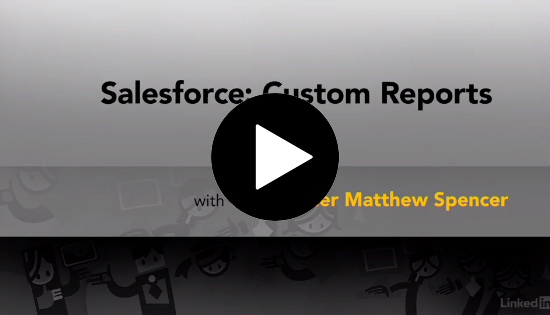 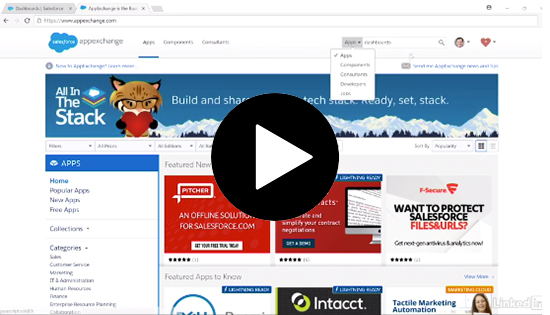 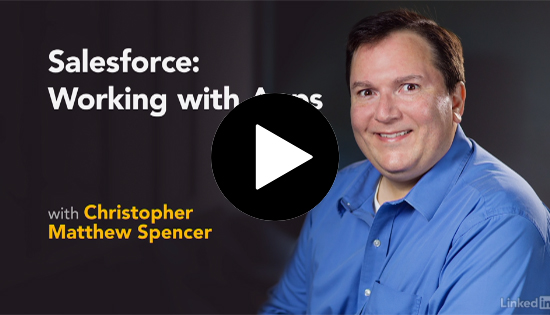 It’s exciting to see these great courses launch in such quick succession. Check them out and learn something about the most popular CRM sales platform in the world. Congrats, Christopher Matthew!

I’m so pleased to announce this new book from leadership and productivity guru Dave Crenshaw.

The Power of Having Fun is a great introduction to time management and productivity from the point of view of scheduling what’s most important in our lives first: hint, it’s not always your job:-)

This is such a valuable lesson for employers and employees everywhere. If you’d like to learn more, you can read a free sample at the Berrett-Koehler website, here. 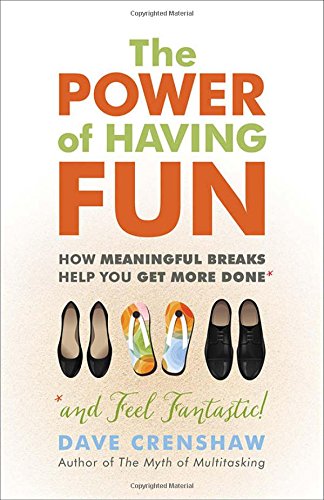 I’m thrilled to have an advance copy of the Color Index XL in my hands! The book features over 1,100 new palettes with their CMYK and RGB formulas.

For more than ten years the Color Index series has been a vital took for artists and designers around the world, and here’s to many more years of success with this franchise. 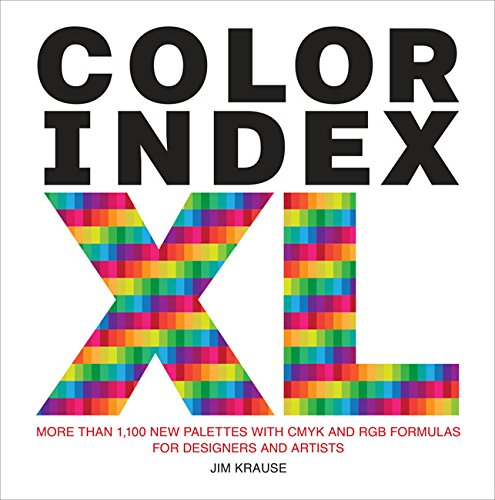 Congrats to author and educator Lydia Cline on her latest book with TAB/McGraw-Hill – 3D Printer Projects for Maker Spaces. 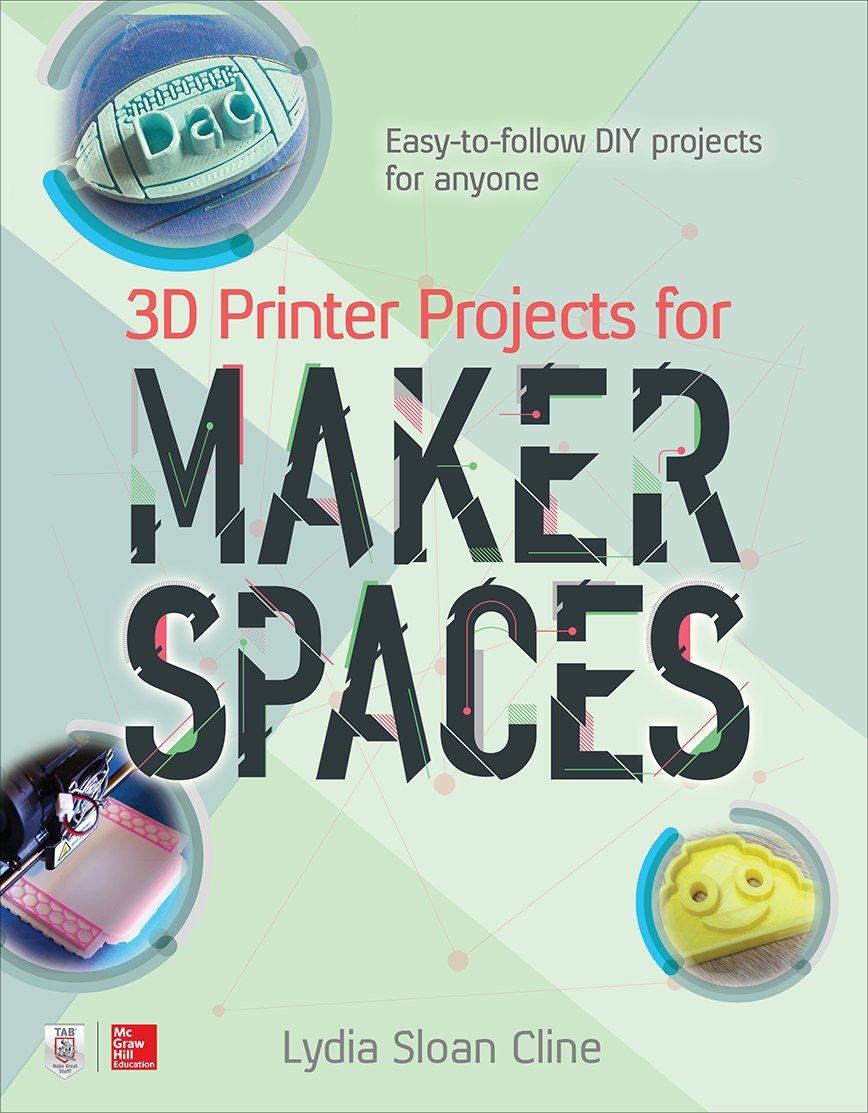 John Paul Mueller and Luca Massaron have co-authored a suite of strong-selling data science titles since 2015, and they just signed a new one this morning – though I can’t share the title as it hasn’t been announced yet. Their current data science coverage includes Python for Data Science For Dummies, Machine Learning For Dummies, and Algorithms For Dummies. Congrats to John and Luca, my data science dynamic duo! 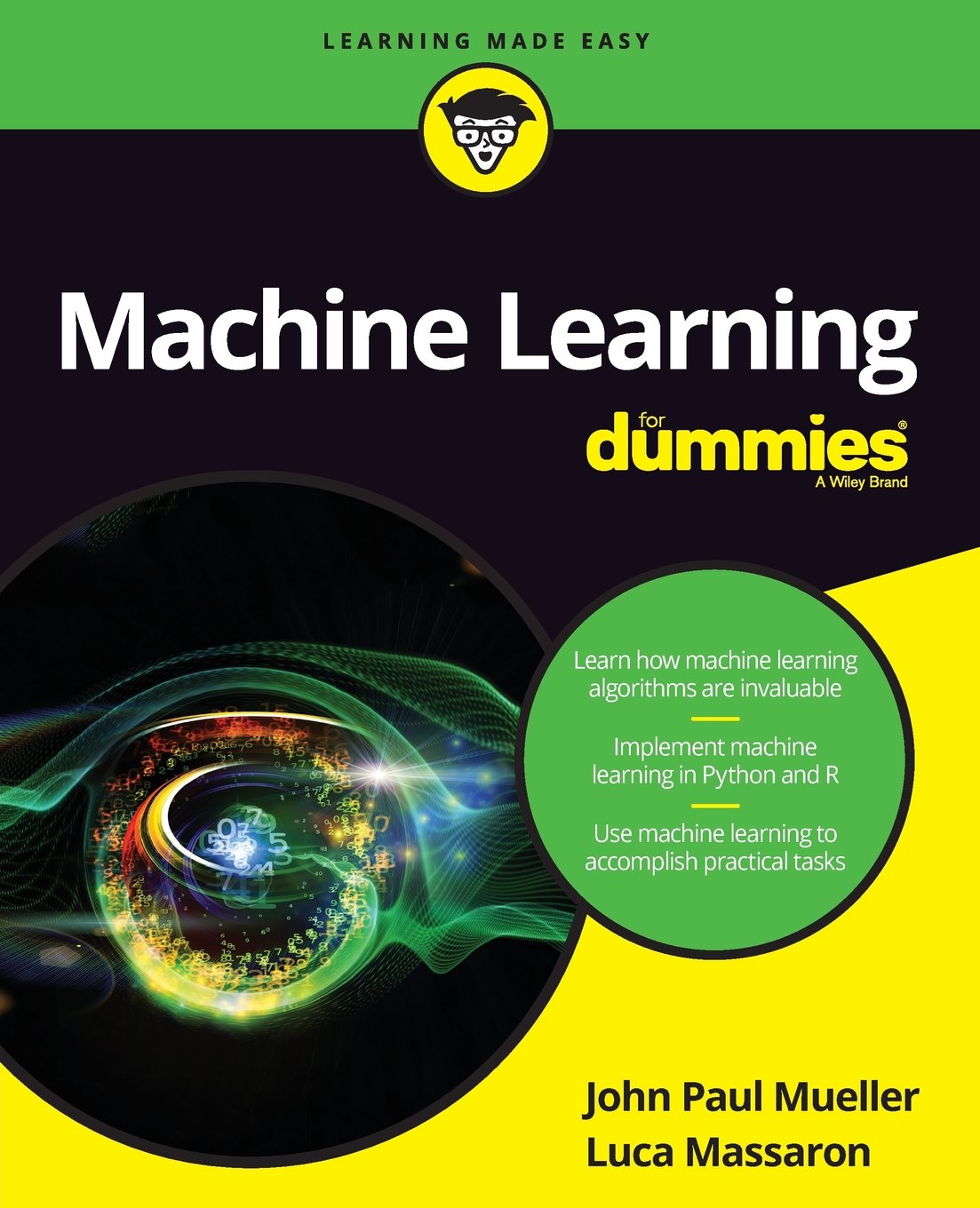 Congrats to Christopher Matthew Spencer on the release of his second booklet for BarCharts! Business Payment Processing – 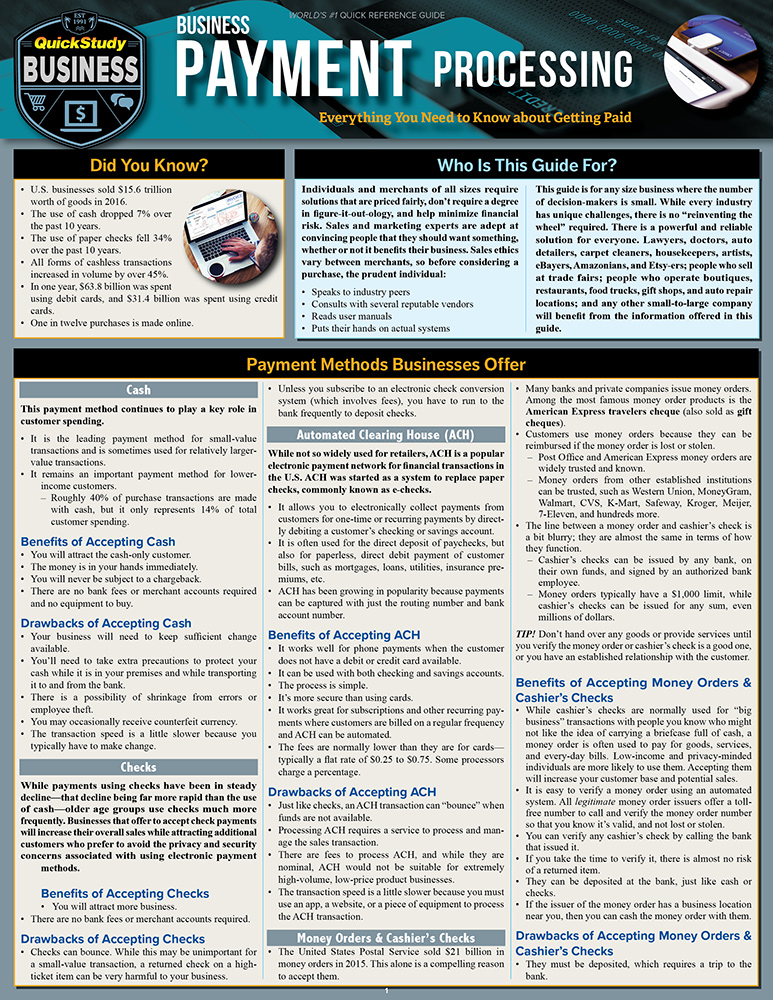 Congratulations to Janet Rae-Dupree and Patsy DuPree on the publication of the 2nd edition of their Anatomy and Physiology Workbook for Dummies! 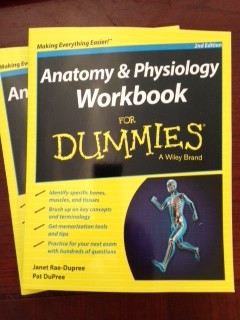 I’d like to give thanks and a call-out to some of my published projects over the last year. It’s been another great year for Fresh Books. I’m grateful!

Congrats to Ken Boyd on his three day course with CreativeLive, Small Business Finance Basics: Quickbooks and Beyond , as well as his new books, Accounting All-In-One for Dummies, and CPA Exam for Dummies.

Congratulations to Bill and Christina Loguidice on the publication of My Xbox One, with Que Publishing. Christina also co-wrote the very well regarded book, Cancer Nutrition and Recipes for Dummies, with co-authors Maurie Markman, M.D. and Carolyn Lammersfeld, M.D., and created an online course, Explore A Career In Medical Writing, for Ed2Go.

Congratulations to Harold Davis on his two most recent books, The Way of the Digital Photographer (Peachpit), and Monochromatic HDR Photography (Focal Press).

Congratulations to Rene Kratz on her Ed2Go course, Introduction to Biology.

Congratulations to John Paul Mueller on his most recent books, C++ All-In-One for Dummies, Beginning Programming with Python for Dummies, and MATLab for Dummies.

Congratulations to Gary Bouton on the publication of the latest edition of CorelDRAW X7: The Official Guide (McGraw-Hill Osborne Media).

Congratulations to Andy Rathbone on the publication of his Surface for Dummies.

Congratulations to Lydia Cline on the upcoming publication of 3D Printing with 123D, Tinkercad and MakerBot, (TAB Books), as well as her textbook, Architectural Drafting for Interior Designers (Fairchild Books).

Congratulations to Richard Mansfield on his Mastering VBA for Microsoft Office 2013.

Congratulations to Richard Snyder, D.O. and Wendy Jo Peterson on the publication of Adrenal Fatigue for Dummies.

Congratulations to Patricia Raymond, M.D. and Michelle Beaver on the publication of Acid Reflux Diet and Cookbook for Dummies.

Congratulations to Jennifer Stearns, Michael Surete, and Julienne Kaiser on the publication of Microbiology for Dummies.

Congratulations to Stephanie Diamond on the new editions of Dragon Naturally Speaking for Dummies, and, as co-author with Shiv Singh, Social Media Marketing for Dummies.

Congratulations to Rosanne Rust and Cindy Klecker on the publication of DASH Diet for Dummies.

Congratulations to Sue Jenkins on her tip series with Lynda, Productivity Tips for Web Designers.

I’d like to include a few Lynda one-offs – congratulations to Christina Schlachter on her course, Managing Multiple Generations, Peter Kent on his new course, Selling on the Amazon Marketplace, and Michael Becker on his course, Mobile Marketing Fundamentals.

Congratulations to Patrick Jones, a.k.a. PatrickJMT, one of the premiere online math tutors, on his Calculus: 1,001 Practice Problems for Dummies. You can find Patrick’s YouTube channel here. Check it out. Your kids will thank you!

Congratulations to Alan Anderson on his first book, Business Statistics for Dummies.

I’m proud to work with authors and trainers who create books and training that help readers (and users) to understand technology, health and fitness, and education, and in general make their lives better. Thanks for working with me!

Although I neglected to blog, last year was my best year so far at the agency and I am enthusiastic about the future.

There’s no doubt that the sea change from print to digital is continuing but the effect is not as large yet in the non-fiction market. Still, my clients are increasingly working on projects that are e-only, not just books but online education and training.

I’ve been an enthusiastic partner with Lynda.com, and Fresh Books’ clients were featured prominently in the growing business skills category especially.

Rounding out my new Lynda titles was Sue Jenkins’ course on Designing Web Sites from Photoshop to Dreamweaver.

2012 was a great year for building an even bigger education list at “for Dummies” with new clients and old. Highlights include:

Medical Billing and Coding for Dummies, by Karen Smiley.

Alecia Spooner followed her Geology for Dummies with her new book, Environmental Science for Dummies.

And a brand new edition of Investing Online for Dummies by Matt Krantz.

And the technology list was as busy as ever, including:

John Paul Mueller added the Windows 8 for Dummies Quick Reference and has now officially written over 90 books in his career.

Brett Stern wrote a great book in the A Press “at Work” series with his Inventors at Work.

And finally, I was thrilled to do a book with the talented Marsha Collier, Social Media Commerce for Dummies, which appeared on a number of lists of best social media books for 2012.

As to my newest irreference title, I was thrilled to see the newest book from Roger Ma, The Vampire Combat Manual: A Guide to Fighting the Bloodthirsty Undead, with Berkley Publishing.

I’d like to thank my clients for working with me. It’s been a privilege to work with so many talented writers and educators. Thanks!

It’s funny, now that we’re well into 2012 it doesn’t seem so much that the end of the world is near. The Mayan calendar titles were all published two years ago and now seem “old hat.” These days, the publishing news seems to be centered around the continued growth of ebooks and self-publishing, the domination of Amazon, the new iPad (and new iPad killers), and the imminent arrival of the first Hunger Games movie!

My clients are awesome (you can quote me), and I am thrilled to be associated with them as they’ve been busy writing books, recording videos and teaching courses.

Here are the latest batch of books and products they’ve released over the last six months:

Congratulations to Harold and Phyllis Davis, who wrote and packaged what is probably the most beautiful book I’ve ever worked on, Photographing Flowers: Exploring Macro Worlds with Harold Davis. This is a book that transcends how-to and can also be appreciated as a coffee-table title.

Congratulations to Dave Crenshaw on the launch of his new “Invaluable” series at Lynda.com. The first two courses are live: Invaluable: Unlocking Your Abilities, and Invaluable: Developing Your Business Savvy. I’ve seen some of the early reviews for this series and they are fantastic. More courses are coming in the next three months!

Congratulations to Dan Gookin on both winning a city council seat in Coeur d’Alene, and continuing to write and publish mobile phone and tablet titles at a breakneck pace. Dan’s newest include: Droid Bionic for Dummies, Samsung Galaxy TAB 10.1 for Dummies, Droid 3 for Dummies, and Android Phones for Dummies.

Congratulations to Rosanne Rust and Cindy Cleckner on the launch of their Hypertension Cookbook for Dummies.

Congratulations to Meri Raffetto and Wendy Jo Peterson on their new cookbook, The Mediterranean Diet Cookbook for Dummies.

Congratulations to Rich Wagner on his newest book from Wrox, Beginning iOS Application Development with HTML and Javascript.

Congratulations to Ed Baig on iPad for Dummies 3e. Ironically, the revision of that book starts today!

Congratulations to Bill and Christina Loguidice on the publication of My Xbox: Xbox 360, Kinect, and Xbox Live, from Que.

Congratulations to Holly Day and Michael Pilhofer on the second edition of Music Theory for Dummies. The first edition sold like gangbusters around the world and the updated version will probably do the same!

Finally, congratulations to Sue Jenkins on her first course with Lynda.com Designing Web Sites from Photoshop to Dreamweaver.

Thanks for working with me!