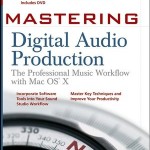 Cliff Truesdell works as a recording engineer and musician at Take Root Recording Studio in San Francisco. After studying guitar and composition at Berklee College of Music, Cliff moved to San Francisco to play guitar in a succession of increasingly louder punk rock bands. Eventually a recording session at Take Root led to an internship, which then led to a steady gig.
Over the years Cliff has worked on dozens of recordings in a variety of capacities from engineer and producer to songwriter, sequencer and arranger to multi-instrumentalist session musician. In 2003 Cliff co-founded the band Black Furies, a San Francisco-based Punk/Rock band. Signed to Gearhead Records in 2005, Black Furies continue to tour and record extensively.